Eccentrics in Business: Quirky or Costly? 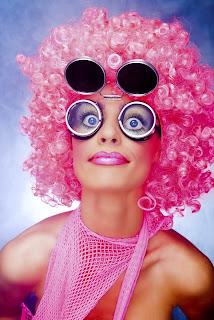 Eccentrics are often misunderstood.  Being “Eccentric” implies to most as someone who is odd, quirky, free spirited, whimsical, inventive, envelope pushing, and nonconventional.  At the surface, this Risk Factor seems quite benign with regard to leadership or professional effectiveness. It is true that often times the peculiarities do not impact overall performance in a substantially negative way.  These individuals are frequently viewed as fun or irreverent characters with some unusual ways of expressing themselves or in the ways they dress or act.

Let me caution you to not cavalierly dismiss the derailment danger awaiting the Eccentric leader or professional who may step beyond the boundaries.  They can create costly or embarrassing problems for businesses, relationships and that can be damaging to their own careers.  Their weirdness sometimes hinders what we like to term “common sense” thinking or the ability to stay within appropriate social expectations.  Here are some actual examples:
1)    The Too Much Information Communicator.  We worked with an executive coach who didn’t know when to say when. As soon as a particular leader client started to mention having had a tough childhood during a coaching session, this well trained and credentialed coach, wandered off injecting her own personal views of sexual abuse and ranting about societal evils. This rant had nothing to do with the leader's case.  Obviously, the coach lost credibility, the session went down hill, and the coach was removed from any further coaching on the project.  In fact the scope of the project was also reduced due to this erosion of trust which hurt the company.
2)     The “Doesn’t Fit The Part” Guy.  An executive was reviewing candidates’ CDR profiles to screen for the position of vice president of business development. Out of the four experienced candidates we reviewed together, one (Sam) was an exceptionally good fit based on his assessment scores. The other three did not remotely fit the job profile. As it turned out, the executive client rejected this one best-fit candidate, who incidentally, was the only internal candidate.  The executive explained, “Sam just does not fit in as an executive with ABC Company.” I prompted a discussion to see if there wasn’t something that could be done in terms of image coaching, executive presence training, wardrobe support, etc. that could help this obviously gifted employee “fit” as an executive. This discussion was a no go.  The candidate was a high Eccentric and had alienated the executive culture just enough to be an unacceptable weirdo.  The sad part was, Sam had the business and customer knowledge, loyalty, (CDR) profile and capability – but his oddness was over the top and knocked him out of consideration.
3)     The Nutty Professional.  Some years ago we were at a business proposal meeting with a major energy company’s executives and the highly esteemed, well-regarded expert (Ph.D.) consultant we brought with us stepped over the line.  He was obviously getting bored and blurted out,  “Well it is a slow process…  it is like watching two old people have sex*.”  It was no surprise that we did not land the project.  Lesson learned:  we never brought this highly eccentric consultant with us again for a client or prospect meeting.  *He actually used a more vivid, inappropriate term.
These three cases were very costly to their companies. The first resulted in a client complaint, reputation damage for the coach, and loss of revenue for future work that had been contracted. The second case prevented a highly capable employee from being awarded a promotion to a job he and the company could have mutually benefited from.  The last case was a large business project opportunity lost.
So the next time you think the Eccentric risk is just a silly, unimportant tendency that is left to musicians and artists with nose rings and tattoos, think again.
By Nancy Parsons
Email:  nparsons@cdrassessmentgroup.com


Great to have you visit this Assessment Advisor Blog!
Did you know that the truth is that leadership is broken. So, let's work together to fix it!
The facts are that 50% to 75% of leaders are ineffective, as consistently reported in studies for more than decade. At the end of 2013, a Gallup study revealed that $450 to $550 billion dollars are wasted annually due to leadership derailment behaviors.
It is time to get leadership back on track! We've got solutions, ideas, and stories -- and we welcome yours. We also have affiliated coaches and colleagues who are amazingly talented. Time to share and work this leadership problem out of existence together.
Cheers,
Nancy

Visit our homepage for more info.